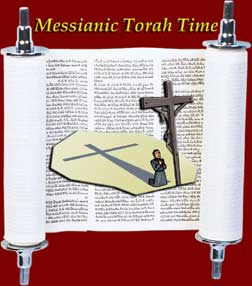 Sarah dies at age 127 and is buried in the Machpeilah Cave in Hebron, which Abraham purchases from Ephron the Hittite for 400 shekels of silver.

Abraham's servant, Eliezer, is sent laden with gifts to Charan to find a wife for Isaac. At the village well, Eliezer asks God for a sign: when the maidens come to the well, he will ask for some water to drink; the woman who will offer to give his camels to drink as well, shall be the one destined for his master's son.

Rebecca, the daughter of Abraham's nephew Bethuel, appears at the well and passes the "test". Eliezer is invited to their home, where he repeats the story of the day's events. Rebecca returns with Eliezer to the land of Canaan, where they encounter Isaac praying in the field. Isaac marries Rebecca, loves her, and is comforted over the loss of his mother.

Abraham takes a new wife, Keturah (Hagar) and fathers six additional sons, but Isaac is designated as his only heir. Abraham dies at age 175 and is buried beside Sarah by his two eldest sons, Isaac and Ishmael.

May she be the one whom You have appointed for Your servant Isaac. (Genesis 24:14)

Abraham’s servant Eliezer was sent to find a wife for Isaac. He prayed that God would indicate which woman He had appointed for Isaac to marry. God miraculously singled out Rebecca. Later, when recounting the story of his encounter with Rebecca to her family, they had to admit, “The matter comes from the LORD” (Genesis 24:50). By all appearances, God had appointed Rebecca to be the wife of Isaac.

This teaches that God appoints each person’s a spouse. Some people call this appointed person a soul mate.

Avraham’s second wife and there children

In verse 15 we see the postering going on between Het and Avraham about the burial spot for Sarah. Avrahm knew that these men would turn the story around in the future to say that Avraham stole the land. Because of Avraham’s great love of his wife he did not want anything to happen to her body. So he made sure before the whole town council that all eyes would see the truth. For our reference as to the relative value of 400 shekels of silver, in that time a working man earned 6-8 shekels of silver a year. At that price, such a man would have to work 50 years to earn 400 shekels of silver. Ephron the Hittite took full advantage of the situation by asking such a high price. Even so, Abraham weighed out 400 shekels of silver before the Hittite Parliament so that the transaction was duly witnessed and was an assured contractual purchase following a definite legal pattern known in the ancient Near East.  Abraham declared to the council and Ephron, “400 shekels of silver, current money at the going merchant’s rate.” What Abraham probably said to himself was, “Let no one claim that this land was stolen!” Also know that 50 in Hebrew is jubilee. A time of great rejoicing.

Gen 24:1  By now Avraham was old, advanced in years; and Adonai had blessed Avraham in everything.

Gen 24:2  Avraham said to the servant who had served him the longest, who was in charge of all he owned, "Put your hand under my thigh;

Put his hand under the thigh of Abraham - This form of swearing has greatly puzzled the commentators; but it is useless to detail opinions which I neither believe myself, nor would wish my readers to credit. I believe the true sense is given in the Targum of Jonathan ben Uzziel, and that called the Jerusalem Targum. In the former it is said, Put now thy hand בגזית מהולתי  bigzirath mehulathi, in sectione circumcisionis meoe; in the latter תחות ירך קימי  techoth yerech keyami, sub femore foederis mei. When we put the circumstances mentioned in this and the third verse together, we shall find that they fully express the ancient method of binding by oath in such transactions as had a religious tendency. 1. The rite or ceremony used on the occasion: the person binding himself put his hand under the thigh of the person to whom he was to be bound; i.e., he put his hand on the part that bore the mark of circumcision, the sign of God’s covenant, which is tantamount to our kissing the book, or laying the hand upon the New Testament or covenant of our Lord Jesus Christ. 2. The form of the oath itself: the person swore by Jehovah, the God of heaven and the God of the earth. Three essential attributes of God are here mentioned:

1.   His self-existence and eternity in the name Jehovah.

2.   His dominion of glory and blessedness in the kingdom of heaven.

3.   His providence and bounty in the earth.

The meaning of the oath seems to be this: “As God is unchangeable in his nature and purposes, so shall I be in this engagement, under the penalty of forfeiting all expectation of temporal prosperity, the benefits of the mystical covenant, and future glory.” An oath of this kind, taken at such a time, and on such an occasion, can never be deemed irreligious or profane. Also by swearing in this way placing your hand so close to the seed of man you are stating that if you break your oath your seed will be cut off like the skin in circumcision.

Gen 24:16  The girl was very beautiful, a virgin, never having had sexual relations with any man. She went down to the spring, filled her jug and came up.

Verse 15 begins the pray by Avraham’s servant. The prayer about the woman coming to the well for water. This is important on many level but the point I am going of is that it is a woman coming to well. Time and time again we see women carrying the water. It is only on special occasions that the Cohanim (rabbi’s) would carry the water. But even more when Messiah says to His Talmidim go find the man carrying the water so He could celebrate His last super.

Mar 14:13  He sent two of his talmidim with these instructions: "Go into the city, and a man carrying a jar of water will meet you. Follow him;

Mar 14:14  and whichever house he enters, tell him that the Rabbi says, 'Where is the guest room for me, where I am to eat the Pesach meal with my talmidim?'

This is a foreshadow of Succoth.

Avraham takes another wife after Sarah dies at age 127. If Sarah was in her 80’s when Yitzach was born and Avraham was 100 years old when Yitzach was born he is truly an old man when he gets remarried. He does not just get remarried he fathers 5 children. As you can see by the names it starts out good but goes down hill.

Gen 25:8  Then Avraham breathed his last, dying at a ripe old age, an old man full of years; and he was gathered to his people.

Gen 25:9  Yitz'chak and Yishma`el his sons buried him in the cave of Makhpelah, in the field of `Efron the son of Tzochar the Hitti, by Mamre,

Gen 25:10  the field which Avraham purchased from the sons of Het. Avraham was buried there with Sarah his wife.

As we can see by this scripture that both of the children of Avraham Yitzchak & Yishma’el come back to bury there father. This shows that both Jew & Arab will both come back and bend there knee to the father in the end of days.

Rom 14:11  since it is written in the Tanakh, "As I live, says Adonai, every knee will bend before me, and every tongue will publicly acknowledge God."

Isa 45:23  In the name of myself I have sworn, from my mouth has rightly gone out, a word that will not return — that to me every knee will bow and every tongue will swear

Isa 45:24  about me that only in Adonai are justice and strength." All who rage against him will come to him ashamed,

Isa 45:25  but all the descendants of Isra'el will find justice and glory in Adonai.